Conservative blogger Andrew Sullivan has had the best takes on the most stunning revelation from the third debate: that the Vice President has a gay daughter. In particular, he notes (or one of his e-mailers notes) that the battlelines on this issue seem to be generationally-based: with varying degrees of sincerity, fogies seem to be most offended, while those of us born after 1960 (including, it should be pointed out, Mary Cheney, who has refused to bash Kerry over this issue, even though she is running her father's campaign) don't think it matters at all. Sullivan, who has broken with the Bush Administration on, among other things, their efforts to limit civil rights for homosexuals, has deftly exposed the hypocrisy of those on the right concerning this issue (as well, it should be noted, the hypocrisy of those who pay lip service to supporting gay rights, but who act with shocked revulsion when the topic is discussed during a Presidential debate).
Posted by Steve Smith at 10:39 AM No comments:

Model Ballgirls: I was always under the impression that tennis was more exciting to watch in person than on TV. So why use this rather cheesy gimmick? Not that I'm objecting....
Posted by Steve Smith at 4:08 PM No comments:

A few people have noted their discomfort with the reference by the Democratic candidates, first in the Veep Debate and again last night, to the fact that the daughter of Vice President Cheney is openly gay. One of the commentators on FoxNews last night went so far as to claim that the mere mention of that fact by John Kerry was the low point in the debate, while Mickey Kaus asked "What if Kerry were debating a conservative on affirmative action, and that conservative had a black wife, and Kerry gratuitously brought that up in an attempt to cost his opponent the racist vote?"

Well, let's try a little thought experiment. The equivalent time in the struggle for equality with African Americans would have been 1962, when the momentum was clearly moving in the direction of the supporters of civil rights, but a large and seemingly impregnable section of the country was resistent, and seemed to have the political power to thwart progress in that area. Imagine a gubernatorial race in Tennessee, or Missouri, or some other border state, between a candidate with "moderate" views on civil rights for that time (ie., dismantling much of Jim Crow, supporting a ban on lynching, greater voting rights), and a candidate with, shall we say, views more in line with the Confederacy, who claimed that his opposition to civil rights came not because he was a racist, but because he opposed the "intrusion" of the federal government into local matters.

Let's also say that the Dixiecrat had a daughter, who had attended college up north, become a lawyer, joined her father's campaign staff, and, incidentally, was married to a black man. Would it be inappropriate for the moderate candidate to mention that fact during the campaign, in the context of calling for a more free and open society, especially if the Dixiecrat was running on a platform that included support for anti-miscegenation laws? Of course not; one of the reasons the walls of bigotry inevitably fall is that they ultimately reach us at where we are most vulnerable, in our backyards and with our families. Does it make Dick Cheney, and the rest of us, uncomfortable? Of course; it should.

It really is no different than asking Michael Dukakis in 1988 how he would feel about the death penalty if it was his wife who was the victim. If conservatives really do have a non-homophobic reason for supporting the Defense of Marriage Act, then dealing with the fact that people they know and care about are affected by their stance is obligatory.
Posted by Steve Smith at 8:09 AM No comments:

John Gill Watch: It turns out the Phillies-great-turned-U.S. Senator has every reason to go cuckoo-for-Cocoa Puffs. Today, he accused his opponent's campaign staffers of having beat up his wife at a picnic this past summer, in full view of the public and press, which, oddly enough, hadn't seen fit to report on the matter. In fact, considering the grievous assault, it does seem odd that Senator Bunning did not go public with the incident until today, when he was forced to explain why he had used a teleprompter to deliver his lines in a debate (mentioned below), in clear violation of the rules.

Posted by Steve Smith at 10:27 PM No comments:
Well, I didn't go out drinking after all. My sister was held up at work, so I babysat my nephew, and thereby got stuck watching the debate (and a good live summary can be found at Prof. Johnson's site, here). Bush finally came up with a persona that didn't alienate the audience, and stuck with it, but his miniscule record of domestic accomplishments put him pretty much on the defensive anyways, so he benefitted little. His lib'rul-lib'rul-lib'rul attack line grew tiresome after awhile, and he just doesn't have the gravity to make that a compelling indictment of his opponent. And I'm sure the media "truth squads" will have a field day with him falsely denying that he had said he wasn't that concerned about Osama anymore.

Kerry was Kerry, knowledgeable and aggressive, but without the ability of a Clinton to land bruising shots at his opponent, or to turn uncomfortable issues on their head. He has no common touch whatsoever, as his discomfort when he made the Tony Soprano reference showed. But after an opening half hour that was dominated by religion and social issues, where Bush did well, the debate settled into a pattern similar to the previous ones, in which Kerry gradually took command. The first instapoll, by ABC, gave Kerry a narrow win, in spite of again showing that more Republicans than Democrats tuned in. Like the second debate, which appeared on its surface to be even until it became evident that Kerry had done the more effective job impressing the voters in the middle, I suspect that his good political fortune over the last two weeks will continue.

Posted by Steve Smith at 8:05 PM No comments:
For the first time, Kerry now leads the WaPo/ABC tracking poll, having gained seven points on the President in two days. Gallup also reported a couple of days ago that Kerry had moved into a slight lead. Both polls continue to make the assumption that more Republicans will turn out this year than Democrats, so the momentum evidenced here is clearly advantageous for the challenger.

Posted by Steve Smith at 2:14 PM No comments:
If, on the morrow, it appears that the debate moderator, Bob Schieffer, is tossing his fellow Texan a few softballs, don't be surprised. His brother is an old business partner of the President's, and currently sits as Ambassador to Australia. In any event, keep me abreast of what happens; the League Championships have first priority from where I'll be sitting, and even if the Red Sox lay another egg in sports' most contrived, one-sided rivalry, anything is better than watching the Manchurian Candidate parrot the same lines over and over again.
Posted by Steve Smith at 1:27 AM No comments:

A couple of weeks ago, I attended a party in honor of Reason Magazine that was thrown by the LA Press Club (I'm a member, thanks to my position as Legal Counsel for Bloggers Monitoring the Media), and had the privilege of meeting some of the most interesting thinkers, writers, raconteurs and libertines in all of Christendom. Matt Welch, a friend to bloggers of all political stripes, has recently joined their staff, and his latest column (on the "Swift Boat" scam) neatly encapsulates the mistakes made by both old and new media in covering those charges. 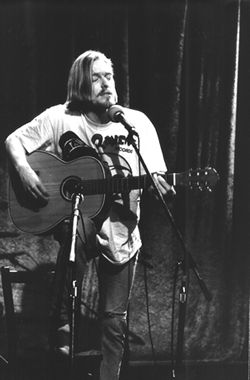 A typical Matt Welch column is as fun to read, and as provocative, as one of Michael Kinsley's "TRB" columns during The New Republic of the Reagan Era, and the fact that the LA Times had him at their back door for the past decade without snapping him up will be as inexplicable in the future as the Dodgers' decision back in 1992 to play Jose Offerman at shortstop rather than the outfield Hitler's decision not to wipe the British out at Dunkirk.

If the GOP loses control of the Senate this year, it may well be because one of its incumbents had the bad luck to go stark raving mad this year. The junior Senator from Kentucky, Jim Bunning, had a seemingly comfortable lead over his underfinanced opponent when he suddenly went all Kim Jong-Il on his constituents, demanding extra security at personal appearances out of fear that he was being "targetted" by Al Qaeda, quipping that his Italian-American opponent both looked and dressed like one of the sons of Saddam Hussein, returning to Washington the day of his one scheduled debate to cast what he said were urgently needed votes (in fact, the Senate had just gone into recess), then insisting that he be allowed to participate in said debate by locking himself in the basement of the RNC Headquarters, thereby preventing any independent observers to see if he was being spoonfed his answers, a la John Gill in the "Patterns of Force" episode from Star Trek. Bunning, a member of the Baseball Hall of Fame serving his first term in the Senate, denied the rumors that he's gone insane. [link via Daily Kos] 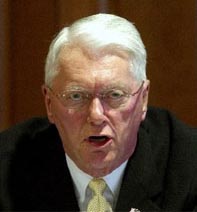 UPDATE: According to James Wolcott, Senator Bunning may well be suffering from Zell's Disease, an affliction that has reached epidemic proportions among Republican officeholders.

Posted by Steve Smith at 9:46 PM No comments:

Huge day for the local teams yesterday, with top-ranked SC avenging its only loss of the previous season and the Dodgers winning their first playoff game in sixteen years. For a team that has had the image of being a button-down, corporate operation long before they were purchased by Rupert Murdoch, having a player like Jose Lima really provides a crystal meth-sized jolt to the fanbase.

To those of you who do not know the concept of "Lima Time", the pitcher in question is a journeyman who won twenty games late in the last century, but who had pretty much disappeared from baseball, pitching last year for the Newark Bears in an unaffiliated minor league. He has always had a cult reputation among fans, thanks in large part to the hype he has received over the years from Jim Rome. He tried out for the Dodgers in spring training, made the team, and when Hideo Nomo's arm finally gave out, won a spot in the starting rotation. He still pitches like a journeyman on the road, where he gets lit up by the opposition routinely, but at Dodger Stadium, he has been almost unbeatable, and probably generates more excitement than any Dodger starter since Fernando.

In the tradition of Jim "Mudcat" Grant and Black Jack McDowell, he is also a professional singer of some repute, even singing the National Anthem before games. It is now routine for stadiums to blare out familiar songs when a particular hitter is at bat, often chosen by the player himself (for example, Adrian Beltre is greeted at the Stadium with "Hell's Bells" by AC-DC, while Shawn Green makes his plate appearances to the danceable beat of "Song 2"). When Jose Lima goes out to the mound, it's to something he wrote and sung himself.
Posted by Steve Smith at 9:50 AM No comments:
Newer Posts Older Posts Home
Subscribe to: Posts (Atom)