Not every celebrity had Kobe's good fortune battling the government this week. In another high-profile case, the actor who may well be the Nicest Man in Show Business, Val Kilmer, and his ex-wife Joanna Whalley, star of straight-to-video movies too numerous to mention, just lost in their attempt to recover a $300k refund of 1995 state income taxes before the New Mexico Court of Appeals. No word yet if they plan to take their case to the state supreme court.
Posted by Steve Smith at 10:24 PM No comments:
Is there a dumber Time (pun intended) to poll the horse race than immediately after the final night of a convention? Or did you believe that Kerry suddenly had an eight-point lead (acc. to Newsweek) on July 30?
Posted by Steve Smith at 5:54 PM No comments:

Four days of Kerry-bashing, and somehow I watched not a minute of it. Damn, now I'll never know if the eloquence of George W. could have dulled my rancid partisanship enough to give the GOP one more chance to ruin western civilization.

My mother is one of the few people on the planet who was charmed by the Bush Twins, and I will trust her word that they were the only geniunely human characters at the Party Rally; I guess you have to be better attuned to the sorority girl ethos to appreciate them. I also wish I had heard Gauleiter Zell Miller's speech to the faithful last night, since it's what everyone was talking about today (btw, did it occur to anyone that maybe Zell deliberately screwed up his speech to sabotage the Republicans?); like the Philistines, the GOP was slain by the jawbone of an ass. But lets face it, I could hardly rouse myself to view the Democratic Convention, so why would I divert myself from the pennant races and the opening to the college football season to watch something so patently boring. 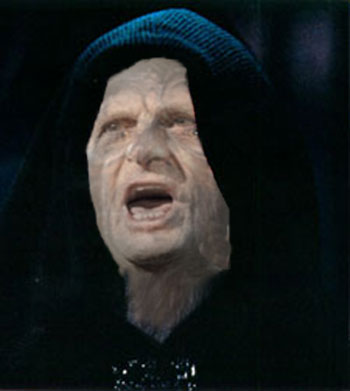 Posted by Steve Smith at 1:37 PM No comments:

ABC is reporting that the Eagle County D.A. is dismissing the charges against Kobe Bryant with prejudice, meaning that it will have the legal effect of an acquittal. Developing.... UPDATE: CNN now reports that the judge has dismissed the charges, according to the civil attorney for the accuser.

Posted by Steve Smith at 3:35 PM No comments:
Sports Illustrated is reporting that the accuser in the Kobe Bryant case may have performed oral sex on the Laker after the incident took place, a detail that she withheld at first from the police. The article, which is generally sympathetic to the prosecution (as a rule, SI has a decidedly anti-accused bias when it comes to cases brought against athletes, and the writer may have a vested interest in a conviction now for sale at your local bookstore), is nevertheless quite revealing in showing how weak the State's case is. If all they can prove is that her blood was on his t-shirt, he's gonna walk.

Posted by Steve Smith at 8:18 AM No comments:

The American Way of Killing:

One great lesson of American history is that one does good in this world because it is right to do good, not because the recipients will be grateful. We Americans must therefore never judge the rightness of our actions on how much gratitude or censure we receive. So long as we remain the most blessed country on earth, it is our duty to do as much good as we can. In fact, if we don't, we will cease to be blessed.

I never knew a man who had better motives for all the trouble he caused.

Posted by Steve Smith at 9:24 PM No comments:
I never thought I would see the day when delegates to a Republican convention would mock the Purple Heart. They just have no bottom....

Posted by Steve Smith at 8:06 AM No comments:

Back from his annual August hiatus, a blogger of some renown writes:

Every time I checked out the blogosphere or the cable news or the papers, I felt relieved to be absent with leave. The low point was obviously the Swift Boatvets, jumping like bait on the end of Karl Rove's line. For a president who never served in Vietnam to get his cronies to lambaste an opponent who actually put his life in danger was, well, breathtakingly bold. And you really have to hand it to Bush. He knows how to campaign hard, to deploy smears of opponents indirectly, to stoke fears of minorities to rally votes, and every other hardball tactic. I wish I could get all huffy about this, but it's always been Bush's campaign mojo: divide, smear and beam. Kerry should have seen it coming.

And then that left-wing maniac, Dick Cheney, refuses to give up his federalist principles, his love of family and freedom, or his basic humanity, by signing on to the president's anti-gay constitutional amendment. Good for the veep, and the entire Cheney family. Too bad his own president has put them in such an awful position. And the GOP platform dispenses with any nuance and comes out not just against marriage rights for gays, but any kind of legal protections for their relationships whatever. That, of course, is what the FMA is designed to do, whatever lies its sponsors tell. No wonder Zell Miller is now the keynoter for the Republicans. Here's a man who once proudly condemned LBJ for backing civil rights for African-Americans, while Bush's Republican grandfather stood up for decency. History has come full circle, hasn't it? The Dixiecrats meet again in New York. Now they're called Repulicans.

Can't improve on that.

The Bronze Age: Having triumphantly snatched third place in the Olympic Basketball Tournament, Team U.S.A. now returns home on the Queen Mary 2, confidently poised to take on the world again two years from now in the World Championships. In the meantime, the reaction stateside has been following the pattern the late Elizabeth Kubler-Ross elucidated in On Death and Dying. Having already gone through denial and anger, sportswriters and fans alike have begun to enter the bargaining stage. Once we get past the notion that the gold medal is somehow our birthright, which we were prevented from winning by some amorphous hindrance (the selection process, the lack of a consistent perimeter game, poor officiating, etc.), we will have to face the depressing reality that the U.S. is no longer the best at the popular sport it invented, and which still plays such a huge role in our culture.

This will not be unprecedented. In the early-50's, England, which had refused to play in the first three World Cups because it thought the competition was beneath it, suffered a series of defeats in international play (in particular, a 1-0 loss to a semi-pro team from the U.S. in the 1950 World Cup, and a pair of routs against Hungary in 1953), and only a win in the 1966 World Cup, played at home, provides any evidence that it was ever a world power in its national sport. In the 1970's, Canada suffered a similar blow when it agreed to face the "amateurs" from the Soviet Union in ice hockey. Although it had greater initial success, winning the Summit Series in 1972 and the Canada Cup in 1976, those victories were much narrower than expected, and it was apparent even before the Soviets whipped an NHL All-Star team, 6-0, in 1979 that the center of gravity in the sport had shifted overseas.

In both of these cases, there were excuses made about top athletes not playing. England's top player in 1950, Stanley Matthews, didn't play against the Americans, and the team as a whole blamed the humidity in Brazil for their early exit from that tournament. Canadiens could explain away the close call in 1972 by noting that Bobby Orr was injured and could not play, and that Bobby Hull was excluded for having signed with a rival league. Of course, injuries are always a part of sports, and their rivals also had key players out. As with the Athens Olympians, the reason why those national programs fell wasn't due to bad luck or poor player selection; it was the fact that the rest of the world had caught up, and that other countries were playing a more innovative, more exciting team-oriented game. If the U.S. is going to return to the top again in men's basketball, it had better re-think the way the sport is played in this country at all levels, or we will be doomed to hoping for a bronze medal.

Posted by Steve Smith at 8:51 PM No comments:
Phoenix Rises: It was delayed three weeks by the local affiliate's decision to air tributes to Broadway and the McGuire Sisters during its "Pledge Month", but PBS viewers in the greater Southern California Area were finally treated last night to the last episode of Season 2 of the British mystery, "Foyle's War", guest-starring the ne plus ultra of British character actresses, Phoebe Nicholls. Her small cult of rabidly obsessive fans were treated to a vintage performance, the trademark sneer and condescending tone being used to fine effect in playing the role of a wartime version of Jayson Blair, who pens "autobiographical" accounts of heroic feats in bombed-out London from the comfort of a country estate. When confronted by a police detective suspicious of her brazen mendacity, her deadpan response ("I think you're missing the point") was so perfectly delivered that you couldn't help but laugh. It's like watching Magic Johnson run the fast break, or Bill Clinton answering a question at a press conference: the pleasure of witnessing someone who is not only good at what they do, but who seems to be enjoying it as well.
Posted by Steve Smith at 6:29 PM No comments:
Labels: Phoebe Nicholls
Newer Posts Older Posts Home
Subscribe to: Posts (Atom)