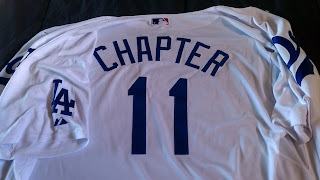 "'Linda Green'" by any other name would smell as sweet: Apparently the scam continues:

Mortgage industry employees are still signing documents they haven't read and using fake signatures more than eight months after big banks and mortgage companies promised to stop the illegal practices that led to a nationwide halt of home foreclosures.

County officials in at least three states say they have received thousands of mortgage documents with questionable signatures since lahttp://www.blogger.com/img/blank.gifst fall, suggesting that the practices, known collectively as "robo-signing," remain widespread in the industry.

The documents have come from several companies that process mortgage paperwork, and have been filed on behalf of several major banks. One name, "Linda Green," was signed almost two dozen different ways.

One of the big problems in California is that neither the courts nor the prosecutors care if documents used by lenders to bolster foreclosure sales are even close to being accurate; under the "tender rule," a homeowner who has lost his residence in foreclosure has to come up with the entire principal balance of his loan to even get the courts to look twice at a bogus foreclosure, so most judges won't go anywhere near these cases. Unlike her counterpart in New York, the new state Attorney General, Kamala Harris, has been in office for six months and done nothing other than pose for the cameras.

More on the ubiquitious "Linda Green":

In Essex County, Mass., the office that handles property deeds has received almost 1,300 documents since October with the signature of "Linda Green," but in 22 different handwriting styles and with many different titles.

Linda Green worked for a company called DocX that processed mortgage paperwork and was shut down in the spring of 2010. County officials say they believe Green hasn't worked in the industry since. Why her signature remains in use is not clear.

"My office is a crime scene," says John O'Brien, the registrar of deeds in Essex County, which is north of Boston and includes the city of Salem.

In Guilford County, N.C., the office that records deeds says it received 456 documents with suspect signatures from Oct. 1, 2010, through June 30. The documents, mortgage assignments and certificates of satisfaction, transfer loans from one bank to another or certify a loan has been paid off.

The 14 biggest U.S. banks reached a settlement with federal regulators in April in which they promised to clean up their mistakes and pay restitution to homeowners who had been wrongly foreclosed upon. The full amount of the settlement has not been determined. But it will not involve independent mortgage processing firms, the companies that some banks use to handle and file paperwork for mortgages.

So far, no individuals, lenders or paperwork processors have been charged with a crime over the robo-signed signatures found on documents last year. Critics such as April Charney, a Florida homeowner and defense lawyer, called the settlement a farce because no real punishment was meted out, making it easy for lenders and mortgage processors to continue the practice of robo-signing.

The problem won't be curtailed until some judge decides to throw a bank president in prison for some ridiculous length of time.
Posted by Steve Smith at 4:17 PM No comments:
Newer Posts Older Posts Home
Subscribe to: Posts (Atom)