A week late and a dollar short. Scenes from The Last Welch: 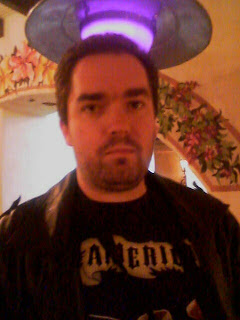 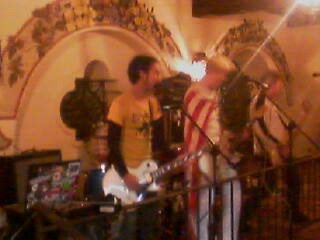 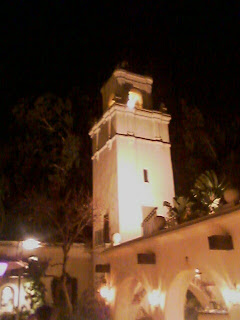 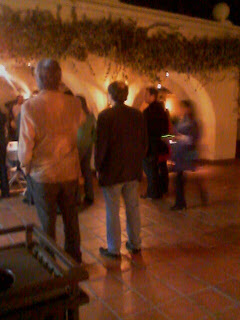 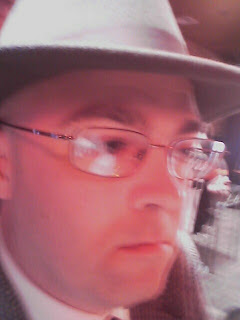 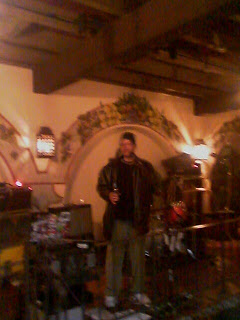 Done Deal: The word I got last week at The Last Welch was that Ron Paul was definitely going to run as the Libertarian candidate in the general election, so his hints here aren't that surprising (after all, he was also the party's nominee in 1988). Frankly, I doubt he would take many votes away from Obama.
Posted by Steve Smith at 4:55 PM No comments: 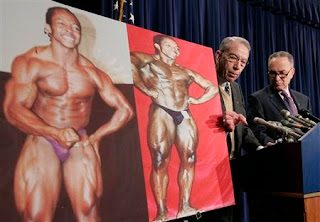 What Hath Selig Wrought?
If there was any doubt the Democratic-controlled Congress could find ways to embarass the nation even more efficiently than their Republican counterparts, it's this.
Posted by Steve Smith at 2:49 PM No comments:
Liberal Fascism: I know that the inclination to mock his argument may seem overpowering, but I prefer to treat statements like "The quintessential Liberal Fascist isn't an SS storm trooper; it is a female grade school teacher with an education degree from Brown or Swarthmore," with the same intellectual firepower that Mr. Goldberg brought to bear when he wrote his magnum opus. To suggest that a female kindergarten teacher who graduated from some East Coast safety school is the "quintessential" Black Shirted thug is ludicrous, when everyone knows that the true symbol of modern fascism is the seventy-year African-American widow living on a fixed-income in Baldwin Hills. I get chills just thinking about Granny....
Posted by Steve Smith at 12:23 PM No comments:
Mortgage Foreclosure Update: Confused by the manifold measures winding their way through Congress? Here's an idiot's guide to s***pile relief for your troubles, sir....
Posted by Steve Smith at 8:57 AM No comments:

Prof. Kleiman, on the political gifts of the junior Senator from Illinois:

Paul Krugman thinks Barack Obama is "naive" (Gee, where have we heard that word before? Is Krugman still writing his own stuff, or is he just mailing in talking points from Mark Penn?) for thinking that the drug companies and health insurers will play a role in shaping a new national health policy. I would have thought that anyone who thought otherwise was showing a dangerous distance from consensus reality.

But Krugman's real point seems to be that Obama isn't nasty enough to be President: that his agenda of inclusiveness (including even — horrors! — drug companies in the national community) means giving up on serious change. That strikes me as a remarkably un-subtle view for someone of Krugman's sophistication, and can only attribute the error to the fact that Krugman is as committed to his candidate as I am to mine.

To my eye, Obama is super-slick, and part of his slickness is not looking slick: looking, indeed, as if butter wouldn't melt in his mouth. It's the Reagan trick. To interpret that technique as weakness is a foolish mistake.

If you're going to provoke a fight and want the onlookers on your side, you have to make sure that the other side looks like the aggressor. In undoing the damage of the past eight years, Obama is going to need a fairly free hand to wield the powers of the executive. He can't get that by looking like a power-hungry, revenge-driven would-be tyrant.

By emphasizing unity over conflict, for example, Obama might be able to get a Truth and Reconciliation Commission: or, to put that in English, he might be able to acquire the power, through his nominees on such a commission, to purge the Executive Branch of Bushoids. Can you imagine Hillary getting away with that?

Somehow I doubt that either Krugman or I really has the chops to judge the toughness of a guy who cut his political teeth on the Southside of Chicago. But Obama looks to me like a skilled counter-puncher. His crack at Hillary in the last debate —which must have been impromptu, since he might have anticipated the question but not her intervention — suggests to me he knows how to fight back without looking mean.

You have to love the way the Clintonites are screaming that Obama is unfairly getting away with saying bad things about their candidate, while having the press criticize her as "negative," at the very same time they're complaining that he's not tough enough to take on the Republicans. No one seems to notice the contradiction. A very sharp knife doesn't hurt as much going in, but it does just as much damage.

The argument that the next President will need to conduct a partisan fatwa against the GOP is rather common in the lefty blogosphere, and it's a tone-deaf argument for two reasons. First, the public is recoiling from the Rovian politics that the bloggers seem so intent on aping; much of the unpopularity of the Bush Administration and the GOP is based on precisely that revulsion. The last thing the voters desire is to replace one set of partisan thugs with another, particularly those who whine about having been victims for the last twenty years.

And second, if one desires that the next President actually pursue a progressive agenda, it is incumbent that said policies actually have a chance of being enacted in the first place. Since it is unlikely that the Democrats will increase their partisan edge in the Senate by more than 4-5 seats, and perhaps 10 seats in the House, even under the best case scenario, and since none of the potential nominees has yet to call for anything so radical as the abolition of the filibuster, some degree of compromise will be needed to enact anything. And perhaps even more important than compromise, the next President will have to build coalitions with the other side, allowing them some face-saving gesture for giving in to the progressive tide. That simply can't be done in a vortex of perpetual ideological war.
Posted by Steve Smith at 11:47 PM No comments:

Maybe it's just the past week, but I can't help thinking of HGH when I ponder this season's feel-good story in the NFL....
Posted by Steve Smith at 11:46 PM No comments:
Newer Posts Older Posts Home
Subscribe to: Posts (Atom)