I guess you can be too thin, even in the fashion industry. Frankly, with all the attention Congress and the media pay to the use of steroids and HGH by athletes, I'm surprised this hasn't gotten more play. People being starved for the sake of commerce, then selling that look as ideal, is not that different from hyping athletes who bulk up to get ahead.
Posted by Steve Smith at 8:35 AM No comments:

Oriana Fallaci, who went from being an anti-Fascist soldier at the end of WWII to being the Euro version of Louis Farrakhan at the end of her life, has died. I suppose just as college Trotskyites become the intellectual shills for reflexive militarism in their prime, so too is it a short step from fighting Mussolini to adopting his ideals later in life.
Posted by Steve Smith at 11:20 AM 2 comments:

"Appear" to receive money? I plan on writing a little more about this over at Condredge's Acolytes, but I can't imagine a less interesting story than how much money Reggie Bush made in college. Strip SC of the '04 Title? Take away his Heisman Trophy? Sorry, can't be done: those honors have already been awarded. This ain't like taking the Tour de France from a juiced champion, where there is a direct link between the cheating and the championship. You can punish USC all you want, but they still kicked Sooners' ass in the '05 Orange Bowl, and they still beat Michigan to win the '04 title. And Reggie Bush was still the best player during the 2005 season. Even if the NCAA was motivated to send a message to the Trojans, the Sooners are still going to trail by five touchdowns.

That's the big problem with enforcing the malum prohibitum regulations of the NCAA; if the crime doesn't directly relate to the essence of the sport, the winning-and-losing on the field, the fans, alums and boosters aren't going to give a rat's ass about whether or not "cheating" takes place. The issue isn't whether SC "cheats" to win; it's why other programs (are you listening, CAL?) aren't trying hard enough to match them.
[link via LA Observed]
Posted by Steve Smith at 11:57 PM No comments:
It's about time the local newspaper of record showed some sack. There is an inherent contradiction between publishing a quality paper and running a publicly-traded business, and the sooner Tribune Corp. sells the LA Times, the sooner the people there can get back to turning out a good newspaper again.
Posted by Steve Smith at 9:38 PM No comments:
Dog Bites Man: Kaus Endorses G.O.P. Dominance of Congress.
Posted by Steve Smith at 5:05 PM No comments:
Bad News for Pessimists: Far from constituting a pro-reconquista fifth column in our midst, only 7% of Latino immigrants have any fluency in Spanish after the second generation, according to a Princeton/UC Irvine study. It won't stop nativists and bigots from demanding we throw up the barricades at the border, unfortunately, but it does provide proof that the melting pot is alive and cooking.
Posted by Steve Smith at 2:11 PM No comments:
The phrase "some good news for pessimists", as used here, can hardly be construed as racist, as some bloggers have accused (btw, isn't reading comprehension supposed to be one of the areas evaluated by the SAT?) . Clearly, a "pessimist" in this context is someone who fears that our political system can never be truly representative of non-whites, and the fact that whites will continue to wield disproportionate influence and power in California, in spite of being a minority of the population, is a validation of that worldview (and hence, "good news").
Posted by Steve Smith at 1:34 PM No comments:

Best use of sports by a Democratic politician EVER !!!
Posted by Steve Smith at 1:48 PM No comments:
Air America's going double touthpicks. Other than Al Franken's show, which airs out here in the morning, I can't say that I listen to the programming that often. Reading between the lines, it sounds more like a bad business plan than anything to do with crummy ratings.
Posted by Steve Smith at 12:38 PM No comments:
Labels: bankruptcy
My side of the blogosphere seems to attract assholes, or at least create an environment that allows their Inner Asshole to bloom.

UPDATE: The above reference was originally intended to note the nasty, over-the-top reaction by certain bloggers to the criticism from Brendan Nyhan, and not any sort of reference to the underlying post, which concerned an alleged suicide by an airlines ticket counter who gave Mohammed Atta his boarding pass on 9/11. But it now appears that story is an urban legend as well. Another triumph for the blogosphere.
Posted by Steve Smith at 8:32 AM No comments:

Chafee wins in Rhode Island, and less narrowly than expected. Still, even with a huge GOTV effort by the national GOP, the total number of votes cast in the Republican primary was less than the vote total achieved by Sheldon Whitehouse, the Democratic nominee, in an uncontested primary. Since Chafee's margin encompassed a large independend and Democratic crossover vote, that bodes well for the Democrats.
Posted by Steve Smith at 9:06 PM No comments:
Another poll has Lieberman with a comfortable lead in Connecticut. As I've said before, unless Ned Lamont can make a case for why non-Democrats should vote for him, he won't deserve to win. And right now, he clearly hasn't....
Posted by Steve Smith at 4:29 PM No comments:
Labels: Joseph Lieberman

UPDATE [10/24]: My own pics, which are late due to my inability to figure how to download photos taken on my cellphone: 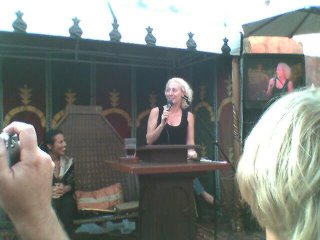 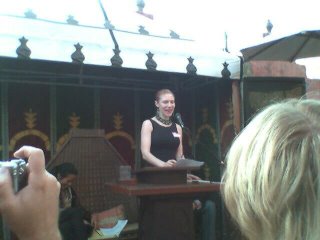 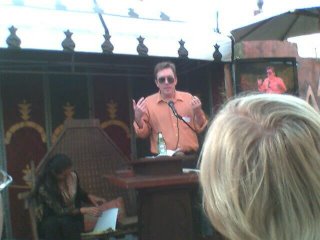 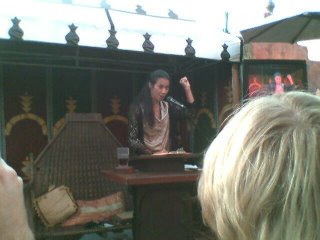 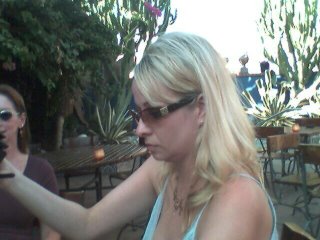 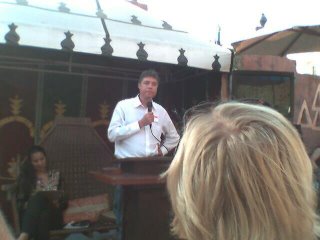 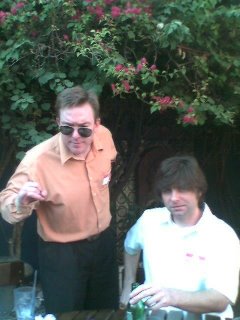 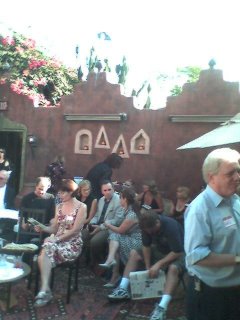 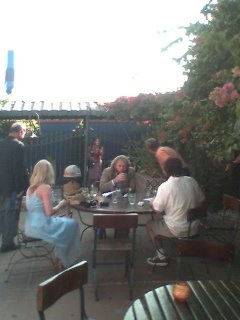 Posted by Steve Smith at 3:18 PM 1 comment:
Five years ago today, I awoke shortly after the first plane hit, and noticed the scrawl on the AOL screen that a plane had struck the WTC. My initial thought was the same as the President's: that some jackass had misflown a private plane into one of the skyscrapers, and that the damage was minor. So I left the computer, poured myself a bowl of cereal, and prepared to do an appearance in bankruptcy court. When I finished breakfast, I went back to the computer, and saw that the WTC had collapsed, dramatically changing the complexion of the story.

For some reason, I left for court, even though I knew it was highly likely that this was the work of terrorists and that the federal buildings would be closed. The whole day was surreal, lethal events swirling into a miasma of shock. Indeed, the federal courts were closed, with U.S. Marshals blocking entry, and the rest of the morning was spent at my office. In the early afternoon, I just had to get out of there, and I went to my watering hole at the time, Joxer Daly's, for the rest of the day.
Posted by Steve Smith at 2:35 PM No comments:
Labels: bankruptcy
The appropriately-named Dick Pound is upset that Marion Jones' backup test turned up negative for performance-enhancing drugs...damn it, someone's gotten away with not cheating.
Posted by Steve Smith at 1:01 PM No comments:
Newer Posts Older Posts Home
Subscribe to: Posts (Atom)